A superficial analysis of pre-sales – Part 2 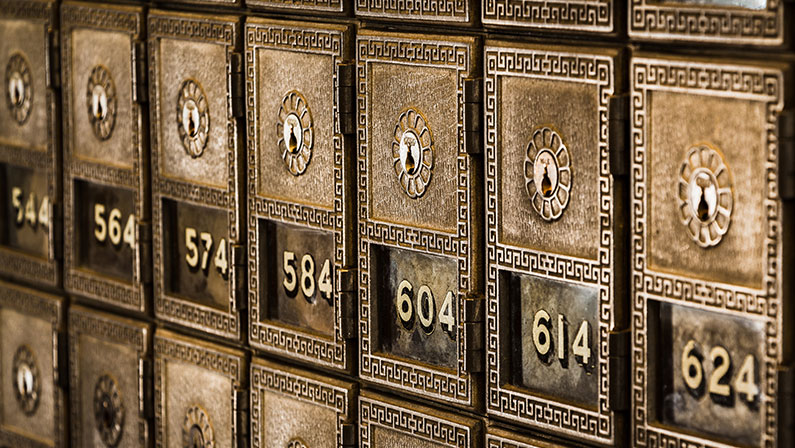 This is Part 2 of a 2-part series on pre-sales. In this part we take a closer look at pre-sales risks and discuss ways that they could be mitigated. In Part 1 we conducted a superficial analysis of the current pre-sale regime and identified the pros and cons for each party.

There’s no answer to this. It should be the reason that buyers enter pre-sales in the first place.

In some cases, this is easy. Some developers are listed on the ASX, others are large businesses that are sometimes well known (but often complicated, requiring caution) . But in the case of smaller or new developers detailed information may be inaccessible.

Thorough due diligence using publicly available databases would allow buyers to piece some of this together so that a more informed decision could be made but this would be difficult for most, time consuming and expensive. Many assumptions would have to be made.

There is no practical reason why developers couldn’t provide information as to their financial capacity to buyers at the marketing stage, such as:

We couldn’t expect voluntary industry disclosure (say through a code of conduct). The support of governments with legislation would probably be necessary.

This is a key failure of the current pre-sales regime. There is no obligation (and no real capability) for purchasers to demonstrate their financial capacity to settle their pre-sales, so credit-worthiness cannot be established with certainty.

The retail banks have turned away from multiple purchaser pools – FIRB purchasers, investors/speculators (historically interest only borrowers) and interest only owner occupiers. This has increased pre-sales settlement risk of these purchaser types and consequently this has reduced their current demand.

Before this round of credit tightening and its impact on the market, developers accepted that 10% deposits were an adequate level of protection against pre-sales fall-over. Development lenders were comforted by high pre-sale debt cover levels with the knowledge that, even with high fall-over rates, their residual exposures would be low and the probability of default would be negligible in most cases. Developers were confident that they could readily sell residual stock to quickly repay their loans and generate net cash flows.

But the market is now correcting and banks that lend to developers have also changed. In the past, they would be willing to re-advance funds at attractive interest rates to support their customers’ cash flow needs, while they now generally prefer their loans to be repaid in full before funds are released to the developer. Changes in Banks’ policies, requirements and their own demand have led to the rapid growth of the non-bank development lending market. Non-bank lenders are now perceived to be much more reasonable to deal with, but they are much more expensive. Slippage in pre-sales rates leads to higher costs/losses if fall-over rates are high.

A requirement for higher contract deposits on pre-sales (say 15%) would be one solution. Risk averse purchasers would have more funds at risk, and by assumption (current lender approach) would be more likely to settle. Developers would have more money to fall back on if pre-sales had to be terminated. The obvious negative to this solution is that higher deposits would lock more people out of the off-the-plan market. This would lower demand and ultimately prices. Now would not be the time to make this sort of change.

Another solution, in NSW (the situation is different in other states), would be if stamp duty refunds were paid to developers.

If stamp duty has been paid, when pre-sale contracts are terminated for failure to settle, purchasers can obtain a stamp duty refund. The stamp duty on a $1m purchase in NSW is $40k (4%). FIRB buyers pay 4% plus an 8% surcharge. Currently, financially marginal buyers have an immediate cash incentive to terminate if the current market value of the property has fallen from contract price by more than the value of the deposit.

Adopting this option might not have as detrimental an impact on off-the-plan demand.

We believe that financial disclosure could be the best solution. There is no practical reason why buyers couldn’t provide financial information to developers prior to exchange of contracts, such as:

This would allow developers to objectively assess purchasers’ credit risk. In a perfect world, developers would stop selling to purchasers when their financial resources were becoming stretched. However, In the real world, it would be easy to withhold any concerns from lenders so as not to delay the activation of construction funding unless the development lender was also a party to financial disclosure.

Because the deposit on pre-sales is low relative to the contract value, some purchasers are tempted to overcommit by buying more properties than they sensibly should. These buyers might hope to profit in a rising market with the aim being to trade-on the pre-sale. Occasionally, developers allow buyers to nominate new buyers allowing the gain to be pocketed by the original buyer. However, most developers don’t because this increases market supply and competition. So, speculators rely on back to back contracts and this can leave them exposed if the market turns.

This is the key underlying problem under the current pre-sales regime.

During most of the recent boom, purchasers could be confident that they could obtain retail home loans when developments were completed. They could increase their confidence by getting a pre-approval from a lender, but they could not increase certainty. In almost all cases (the exception being vendor finance), lenders insist on updated valuations of the properties purchased after the development is completed when loan applications are being assessed. The quality of developments and their construction and purchasers’ financial situations are analysed in the context of a completely different market. This has led to some difficulties in obtaining the required level of funding and some purchasers have lost their deposits. The current tight retail home loan finance market will crystallise this situation for many during this downturn.

Without knowing whether lenders will be there to provide take-out finance on reasonable terms when developments are completed, purchasers take a huge financial gamble. This is a major disincentive to buying off-the-plan now. Furthermore, for the same reason, developers can’t establish beyond doubt that pre-sales will settle.

It is worth noting that retail home loan lenders will be concerned if their exposure to the value of any one completed development is excessive (concentration risk). Typically, banks limit the number of home loans in one development to 25% of the total. We would like to see lenders’ concentration risk caps increase to perhaps 50% subject to buyer pool caps.

In the context of bank funded developments, the banks gain comfort from high pre-sales commitments. They can monitor (access to certifications, QS inspections, PCG meetings) and influence the quality of completed developments in a way that purchasers can’t. However, upon completion there is no obligation for the banks to pay back the favour by backing purchasers with home loan finance. The banks have the right to opt out if they don’t like the completed development or values have fallen. This seems unfair, particularly in circumstances where things do not go according to plan, as purchasers play no active part in development.

Retail home loans are typically 30-years in length. For many borrowers, their circumstances will change over time and there will be periods where their short-term repayment capacity is affected (e.g. unemployment). The industry accepts this risk, knowing good customers will have their ups and downs, and lenders have obligation to provide reasonable support to borrowers throughout. However, the appropriate time to apply this logic when financing pre-sales is when purchasers are contracting.

We would advocate a change in retail home loan lenders’ approach to financing off-the-plan real estate. We would like to see lenders provide a product allowing prudent purchasers to minimise their completion risk. This would be binding commitments (meeting the requirements of the NCCP) on home loan lenders to provide the approved take-out finance after registration of strata plans (after occupation certificates issue) at settlement of the purchase, irrespective of market conditions and changes in borrower profiles at the time.

An outstanding home loan approval costs a lender money. We would advocate borrowers paying commitment fees through to the sunset date (e.g. 1% pa), paid or capitalised into the loans (total loans to be within lenders’ policy caps). FIRB purchaser approvals might carry higher commitment fees because they are accepted as being higher risk. Loan approvals would automatically lapse upon reaching sunset dates.

At exchange of contracts home loan lenders would:

After strata plans are registered, lenders would advance approved funds at settlements.

This failure in the current pre-sales regime causes lenders to insist on higher pre-sales than they would if settlement of pre-sales was absolutely certain. An innovative approach by home loan would present opportunities for development lenders to more closely manage pre-sales settlement risk. Pre-sales debt cover covenants might require pre-sales to be a certain mix of funded pre-sales and unfunded pre-sales. If banks’ retail and commercial lenders worked together they could provide a development loan product with an accompanying up-front undertaking to fund purchasers meeting the banks’ normal credit terms. This could be a way for banks to differentiate themselves from non-bank development lenders.

We hope you enjoyed reading this 2-part series on pre-sales. If you missed Part 1, you can read it here.